Welcome to my blog! On my blog you'll find various styles of my art - published books, paintings, drawings, and more!

My special author guest today is Becky Moore. Becky is sharing a little about herself and her book, Mine By Design, which was just released February 3!
Becky, please tell us a little about yourself. 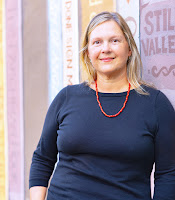 Becky is a lifelong southerner with a penchant for storytelling and a propensity to try anything at least once. As a result, she can make an adventure out of any situation. She loves to read and write contemporary romance and romantic suspense. In her down time, and in the real world, Becky loves to spend time with her husband and son. They live in the urban wilds of central North Carolina. She’s an avid gardener, hiker, kayaker, bicyclist, swimmer, and community volunteer. She spent over a dozen years working as a writer, graphic artist, photographer, and PR whiz in the pharmaceutical advertising, hi-tech, performing arts, and HIV/AIDS (grantwriting) fields before venturing into her current status of author, freelance writer, and adjunct instructor. She’s a contributor with BookPage and Frolic, and teaches creative writing classes at two community colleges in North Carolina. She’s a PAN member of the Romance Writers of America, as well as a member of the North Carolina Writer’s Network, and SCBWI.
What is your guilty writing procrastination secret?
I had an accident almost eight years ago that resulted in a traumatic brain injury. I lost about five years of writing time in my recovery, during which I started working as a book reviewer with MacMillan Publishing’s Heroes & Heartbreakers because it let me look at the structure of books – things like plot and character and pacing. They changed their focus in 2017 and I moved over to USA Today’s Happy Ever After, but they stopped publishing the column at the end of 2018. But I overlapped HEA with BookPage in 2018 and am still going strong with them. I also started reviewing for Frolic in 2019. BUT, when I’m having trouble focusing, I switch gears and do something else for a couple of hours. 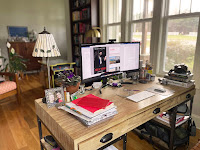 Depending on the season and the weather, I like a mid-day break for swimming laps, riding my bike, or going on a hike. I refocus my brain and write something else. Our family has a travel blog, and I write a seasonal gardening column. Anything to make my brain think about anything other than my WIP. My very last resort is to pick up another book during the workday and read a chapter or two. But that’s pretty much the death nell for my own WIP because it’s so easy to give in to the lure of reading. The hardest thing I had to work through during my TBI recovery was patience and letting go. You can’t force memories, and you can’t force creativity. So be gentle with yourselves. 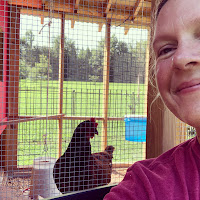 I’m a graphic artist and photographer, as well, and years ago got used to docking my laptop and using my huge screen. It’s carried over to my writing, and while I undock my computer to take it to the library and coffee shops (when we’re not quarantined), or to a different part of the house … or to sit outside by our chicken coop and write with the chickens … I do like to sit at my desk. It’s like a Pavlovian response, I guess. My office is off the foyer in our house, when you come in the front door, and I look out onto our meadow. We live out in the middle of the country, so I have a beautiful view.
How do you come up with the titles of your books?
My first few romances were all digital with a Canadian publisher now out of business. The first one was The Right Words (which I later self-published as Closer to My Heart as an experiment … ugh). Next came my hockey series, with The Penalty Box and Icing on the Cake. Next was Guardian Angel with Evernight Publishing, but that rolled out of contract during my recovery period. I had fun writing The Great Outdoors for Decadent Publishing, and it’s part of their wildly popular 1Night Stand series. That one’s still available. The hockey books all allude to hockey moves and scenarios, and my love of the Carolina Hurricanes. Guardian Angel alludes to having someone watch out for you. And The Great Outdoors alludes to my family’s love of adventuring outside. Mine By Design, my first romantic suspense with The Wild Rose Press, alludes to the main character’s profession as a costume designer.

Do you work with an outline or just write?
Pre-TBI I wrote by the seat of my pants. But my mind works differently now, so I have to do a combination of outlining and writing. I really like Nathan Bransford’s approach to writing your synopsis first, which is an exercise I use to get three or four pages sketched out. Not only does it give me direction in the story, but it gives me a working version of a synopsis that just needs tweaks when I’m done. Win-Win!

Where did the inspiration for your current story come from?
I used to be the Marketing Director for North Carolina’s largest performing arts theatre, and I wanted to write an opposites-attract kind of story. We did a lot with the ballet, and I was always fascinated with the athleticism of the dancers. Since I worked in the business office, I looked at things differently. So rather than focusing on thespians, I focused on ballet. I also worked as the Director of Public Affairs and Grants Administration for an AIDS NGO, and my job was highly political. I worked closely with the NC General Assembly for funding and awareness of HIV disease in the state. For a while, Jesse Helms’ granddaughter worked with me. Helms was a very divisive figure in NC politics, and in the 80s he said, “AIDS is God’s punishment for being gay.” One of my favorite authors is Carl Hiassen, and he always writes about corrupt politicians in Florida. So, really, in Mine By Design I combined so many of the experiences I’ve had professionally with the things that are interesting to me: arts and politics.

What can we look forward to with your next writing project?
I’ve got three books in the works. Two are romantic suspenses and one is a contemporary romance. My goal is to have the next one ready to submit by the beginning of March. Cross your fingers!

Let's take a peek at Mine By Design!

A dead cop. A corrupt politician. An innocent woman caught in the middle.

When Abby Markham witnesses the murder of a local cop with ties to a political dynasty, she finds herself not only in the crosshairs of a killer, but also on the radar of a powerful US senator. The clock is ticking for her survival, and Detective Ben Owens knows the best way to keep Abby safe is to keep her close. But as the danger escalates, so does their attraction. With their backs against the wall, Ben and Abby will risk everything to make sure she survives the dangerous web of political corruption, lies, and deceit.

Darlene Fredette 2009-2023
"An artist is a person who uses conscious skill and creative imagination." 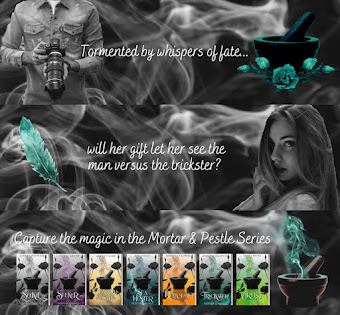